My apologies to U2 for the title of this post  but I thought it was à propos in several different ways.  (Not a good week for Bono, apparently; a few days ago, one of the doors of his private jet fell off at 30,000 feet over Europe and yesterday, he was injured in a bicycle accident in Central Park and needs surgery.)

Anyroad, I’m attending a conference in Grapevine, Texas (more about that below), so on my way from Austin, I stopped by my alma mater, Southwestern University in Georgetown.  I hadn’t been by the campus in about 10 years and it’s almost unrecognizable from when I was a student there some 30 years ago.  It was such an odd feeling of disassociation (and melancholy).  Some things are still there,  conjuring powerful memories, and then there are completely new buildings with which I have no connection at all.  But some things never change – the unique student body.  I saw one student in the union wearing pajamas, a bathrobe, and red fuzzy slippers.  Doubtless I was equally as colourful in my own peculiar way.  Here are some photos… 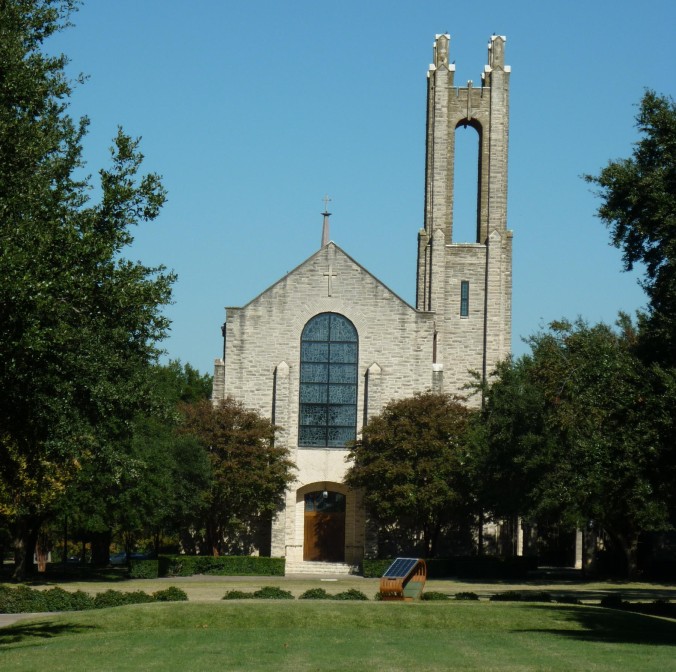 And as I was passing through, I stopped at the Salado Cemetery to get better photos of the grave of my fourth great uncle, John Wesley Cadwell and his wife, Aletha Ann Jeffers.  J.W. Cadwell was quite the legend.  He and Aletha Jeffers were the first couple married in Navarro County, Texas in 1848.  He was also a Texas Ranger and his exploits are detailed in the book Twenty-seven Years on the Texas Frontier or Fifty years in Texas, written by his friend, William Banta (who married Aletha Cadwell after J.W.’s death). 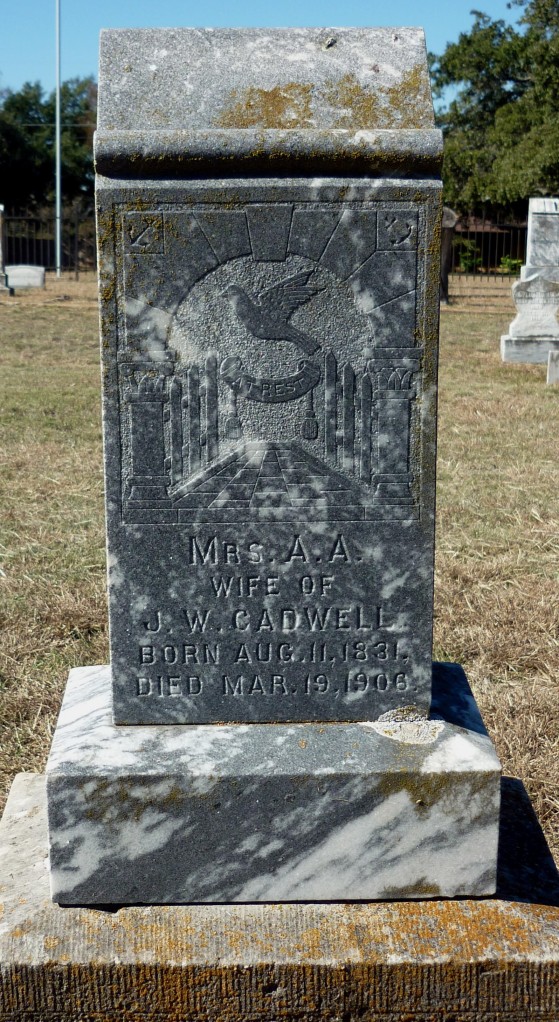 So my conference is at the Gaylord Texan, in Grapevine.  It’s described as a “…luxurious hotel overlooking Lake Grapevine and brimming with authentic Texas style and hospitality…” I beg to differ; there’s nothing ‘authentic’ about it at all.  I’ve stayed here before and the adjective I continue to be drawn to is unnerving.  It’s a mashup of Logan’s Run, meets tacky amusement park, with a huge dash of ‘Rudolph the Red-Nosed Reindeer’ thrown in.  It just continues the disassociative state today has taken on. 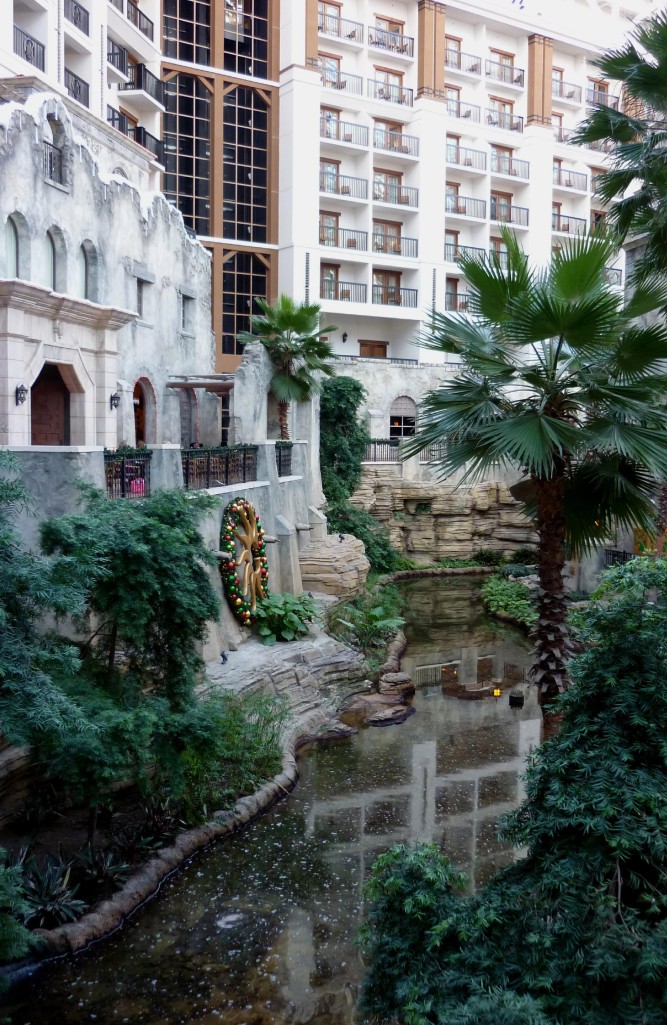 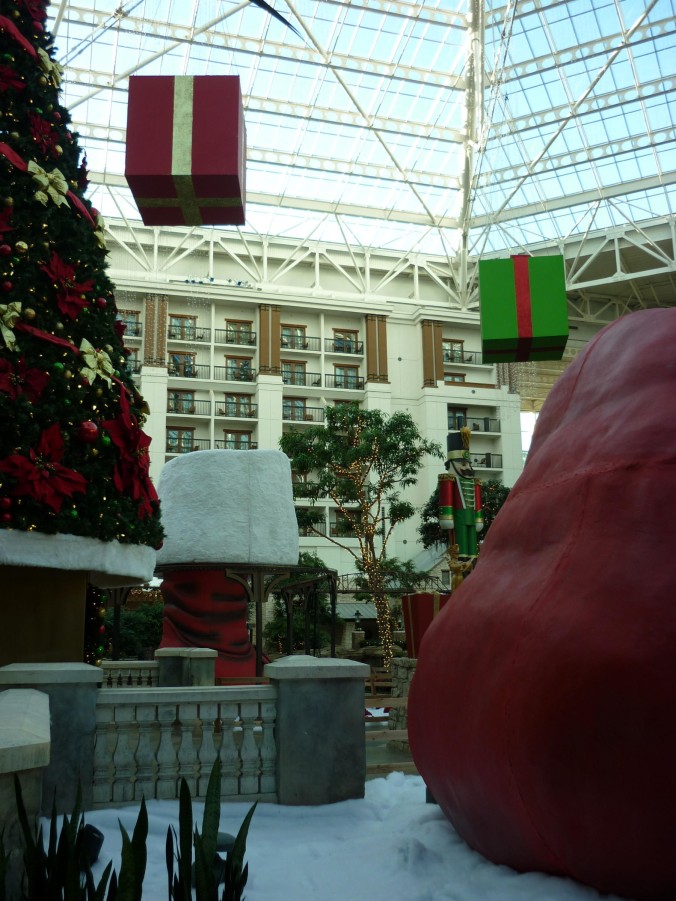 And now for a completely gratuitous wine plug.  I had this great pinot grigio the other day with ‘Pasta Fazool.’  Italo Cescon Pinot Grigio – nice and light, but a great compliment to the soup.  And it comes  with a vine twig, too! 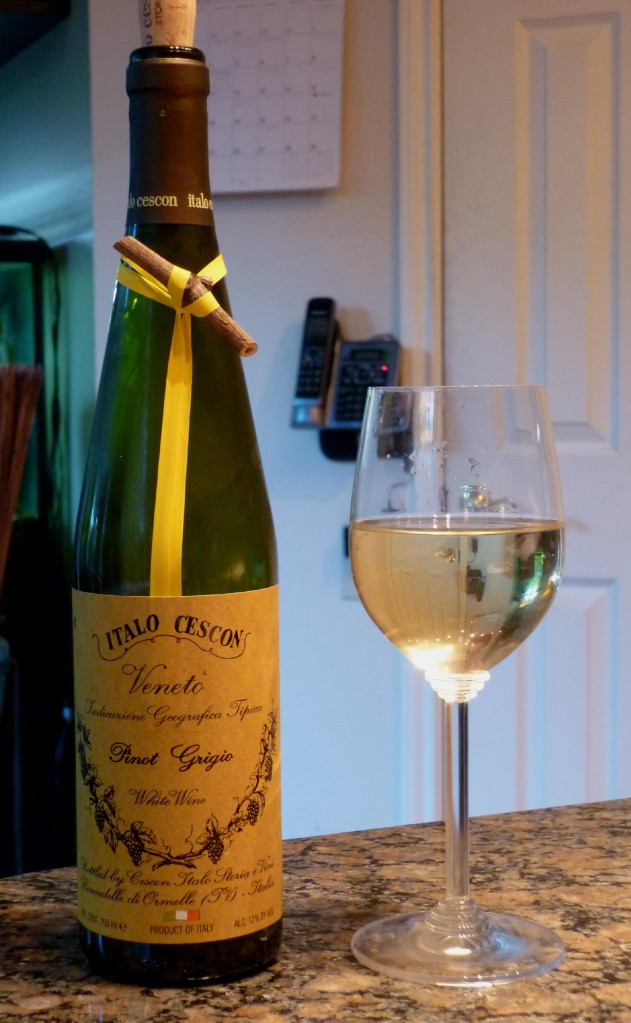