I know I’ve been posting pretty erratically.  I’m still schlepping up to Abilene each week; sometimes twice.  I’ll be so glad when I can finally put that venerable city in my rear-view mirror permanently.  Ah well – that’s probably a while off for now.  Unfortunately, these Abilene sojourns are putting me way behind schedule in the garden.  I doubt I’ll be able to catch up this year – 2014 might actually end up being mulchless…sigh.

The trips to Abilene aren’t all that bad, though.  The wild flowers are stupendous this year.  Here’s a stretch on Highway 71 in Mason County between Llano and Brady. 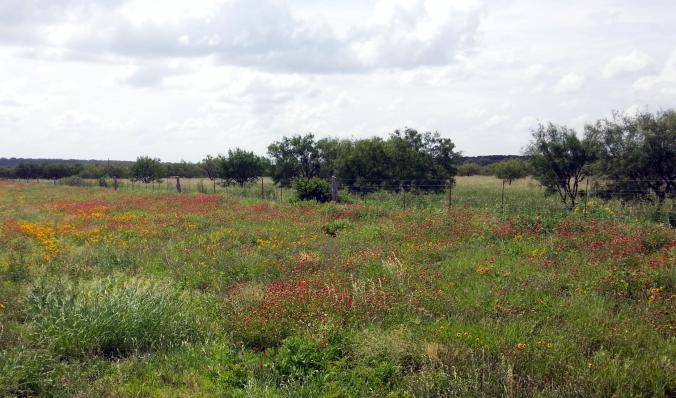 So, I past the half-century mark last Sunday.  Funny, I’m 50 but I feel 105.  Doubtless I’m that old geezer that yells “Hey…you kids…get off my lawn!”  I realized that I was old…really old…when I was setting up my mother’s apartment at the assisted living place and, when going through her CDs I thought, “Who listens to this rubbish?!? – AD/DC; Def Leppard; Rush; Cinderella; etc.”  My mother seems to be more hip than me.  My CD collection – vast as it is – starts with polyphonic chant from England and France and taps out at about 1938 with Artie Shaw and Tommy Dorsey.  During a recent visit, my sister was going on about Kim Kardashian’s wedding to Kanye West.  I’m not sure I know who either of these people are.  She looked at me like I was crazy when I said that Artie Shaw had been married to both Lana Turner and Ava Gardner and that Betty Grable and Harry James had been married.  I really think I’m quite fossilized.

In the yard, it’s been rather like a horror show.  Two weeks ago, I found a six-foot long shed rattlesnake skin in the storage bin where I keep some of my gardening equipment.  I needed a few stiff drinks after that.

At the same time, there was an industrious spider who build a 10-foot wide web between two trees.  The spider was about that same size as a Kennedy half-dollar – another old-geezer reference.  It was fascinating that the birds seem to be able to see the web and avoid it for the most part.

This evening was a big grilling event.  The main course was grilled pizza, but I didn’t get a selffeed of that.  But here are the corn, carrots, and orange bell pepper I roasted. 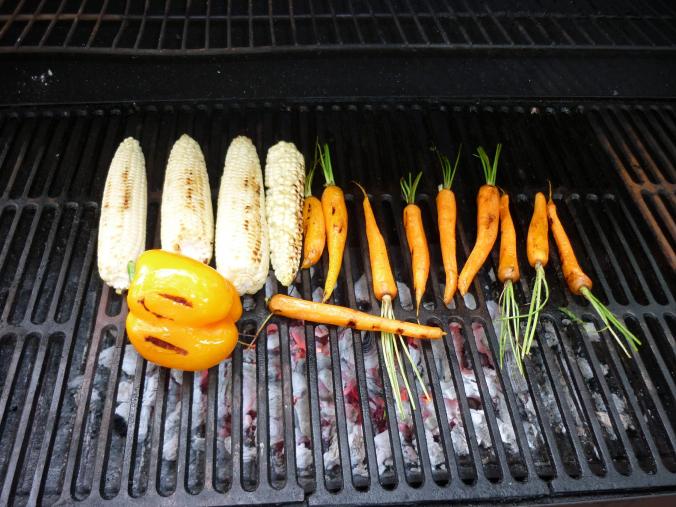 And with the grilled pizza, I had a fantastic Pinot Noir – Arrogant Frog.  A French wine from the Laguedoc, I highly recommend it! 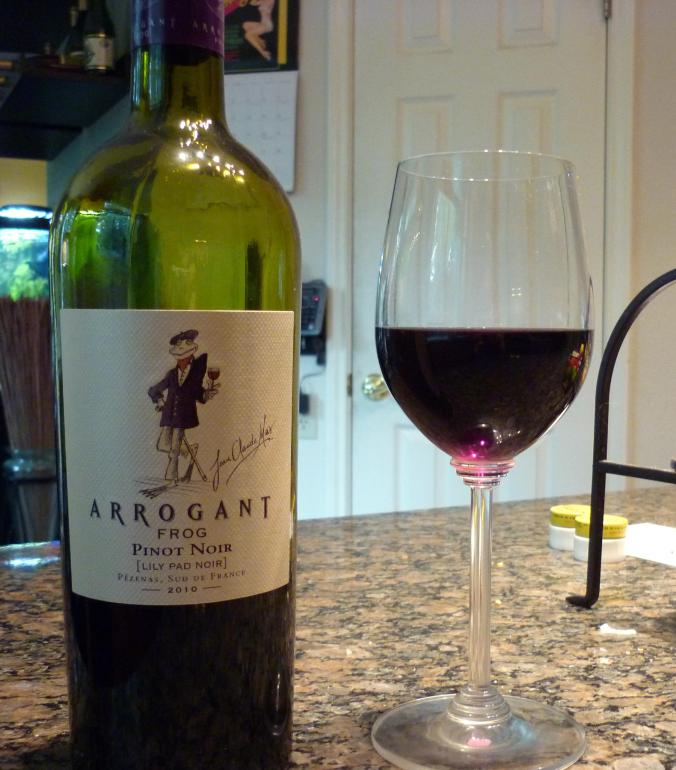 Here are some miscellaneous photos from the garden – hope everybody is having a great June! 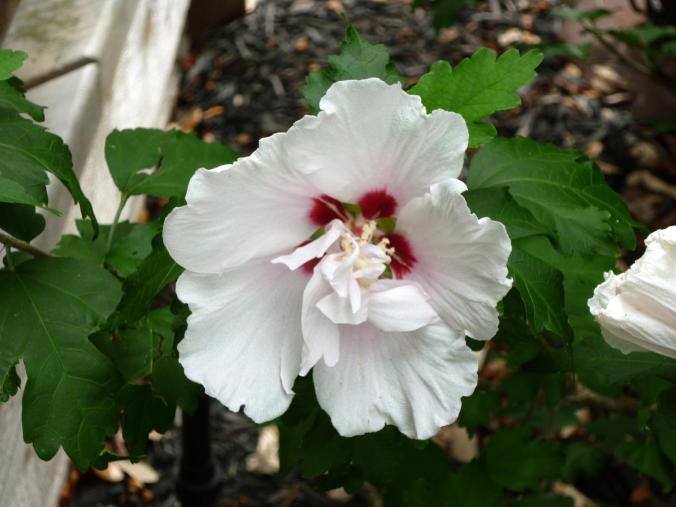 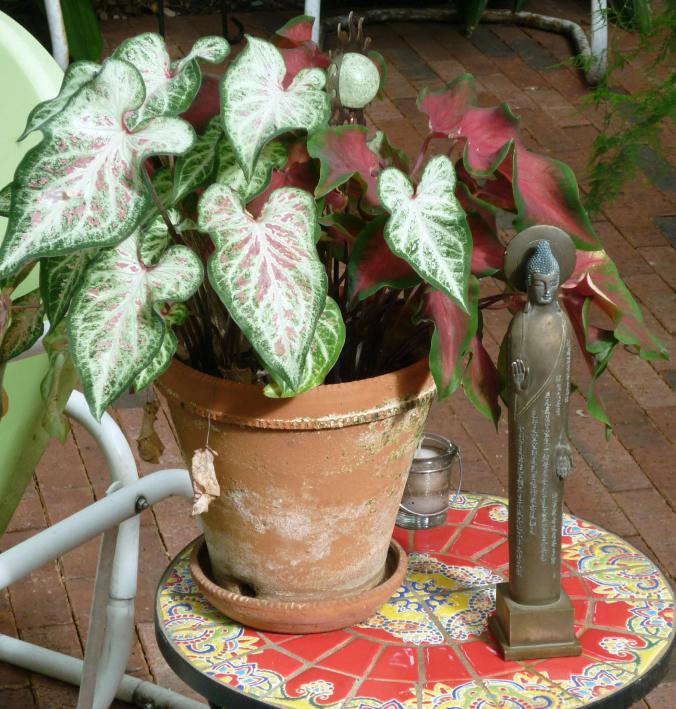